The Grand Newsstand: Making a Stand for the Soul of the City

The Grand Newsstand is anything but grand. Housed in one of the green—usually unused—newsstands you find littered around Market Street, it lies a block away from the Ferry Building, near other stalls with local vendors and artists. The circular stand opens up to reveal...

If you or someone you know has ever gone to San Francisco, chances are you’ve taken a photo with the giant marble columns of the Palace of Fine Arts as backdrop. A bus stop away from the famed Golden Gate Bridge, the Palace of Fine Arts is eminently Instagram-worthy. What’s less known is that it was built in 1915 to be the site of the World’s Fair—a collection of exhibitions that brought in millions of visitors to the city and which showcased the best of technology at the time, including electricity and long-distance telephony. So when I heard that the same site would host Real Future Fair, a modern-day equivalent with robots, drones, and virtual reality goggles, I wondered if the choice of venue had been deliberate. 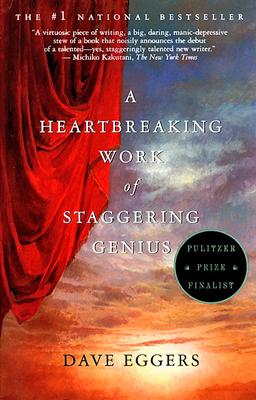 Originally posted July 26, 2014Before I started reading A Heartbreaking Work of Staggering Genius, my main fear was that it would be too “precious” or “pretentious” for me. The title itself could be taken in two ways. Either the author, Dave Eggers, was deluded or... 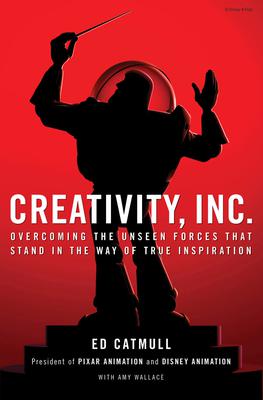 How does Pixar do it? Since Toy Story was released in 1995, Pixar Animation Studios has released fourteen films that have all opened at number one in the box office. What makes Pixar’s achievement even more distinctive is that they’ve created films that aren’t just visual and technological spectacles, but also instant classics that touch the heart and mind. 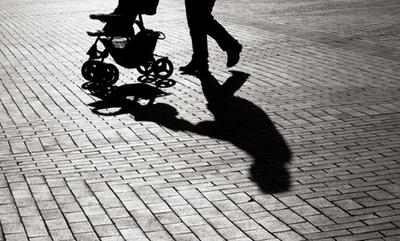 Originally posted March 10, 2014When I think about my childhood, one person looms large: Elmie, our housekeeper-slash-nanny, who has worked for my family off-and-on for thirty-five years now. We are distantly related on my mother’s side, but it’s the...

Review: The Ocean at the End of the Lane

Am I the only one who didn’t know what to initially make of Neil Gaiman’s new book, The Ocean at the End of the Lane? The back cover blurb is vague. The front cover is somber and adult-looking, but the story is about a seven-year-old boy. I couldn’t tell if it was an adult or children’s book; fantasy or general fiction. 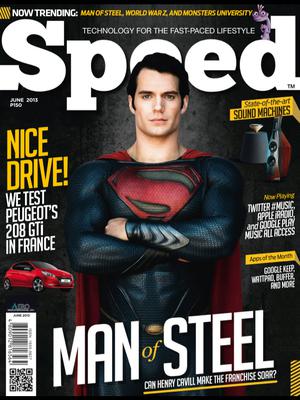 Superhero movies have consistently ruled the roost for the last five years, but there’s been one caped crusader who’s been conspicuously absent all throughout. Which is quite ironic, because he’s the guy who started it all. You know who I’m talking about. He’s not a bird; he’s not a plane... He’s Superman. 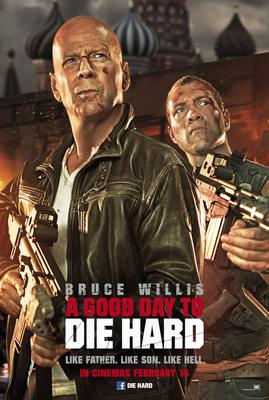 Die Hard, the granddaddy of all action flicks, is back--and with a vengeance. Does it still have the legs to hang with the big boys? Apparently yes, because in A Good Day to Die Hard, the fifth in the action series and first since 2007's Die Hard 4.0, the stakes are higher and the bombs and car chase scenes even more explosive. 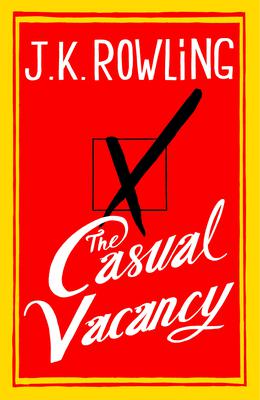 Toto, I’ve a feeling we’re not in Hogwarts anymore. If J.K. Rowling set out to write a novel that is the complete opposite of Harry Potter, then – on the surface – she succeeded with The Casual Vacancy. If Harry Potter is set in a children’s world of magic, then The Casual Vacancy is very firmly set in an adult’s world of the mundane. Specifically, it’s set in Pagford, a fictional, idyllic town in England, which Rowling uses as a microcosm for humanity.

How to Create Your Dream GirlOriginally posted on September 29, 2012"This is the true and impossible story of my very great love: Ruby Sparks. You may see this and think it's magic. But falling in love is an act of magic."Loved, loved, loved this movie.... 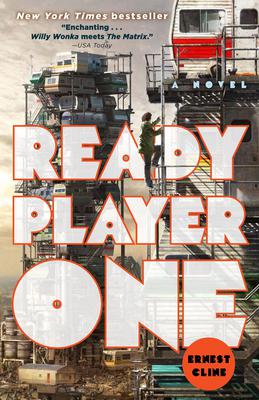 A video game wrapped in a dystopia wrapped in a hero quest. Maybe this could begin to describe Ernest Cline’s debut novel Ready Player One. In the book, the world is a polluted, war-torn place thirty years from now. To escape from their troubles, most people spend their days on OASIS, a multiplayer, role-playing game even more pervasive than the internet is today. On the OASIS, you can go to school, go on quests, be anyone you want to be based on your avatar, and even create entire planets.

Forget about clowns, cotton candy, and colorful tents. Le Cirque des Rêves, or The Circus of Dreams, is unlike any circus you've ever been to. This one arrives suddenly and without warning, relying on word of mouth to attract visitors. It opens at nightfall and closes at dawn. Its tents are striped in monochromatic black-and-white; no other color in sight. Most importantly (and unknown to everyone but a select few), the circus is the setting for a lifelong duel between two gifted magicians, Celia and Marco, who have been chosen to do battle with each other since childhood. 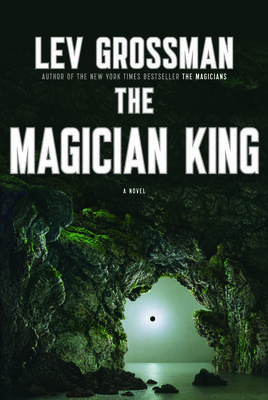 The "in" thing in pop culture right now is to subvert children's fantasy books and fairy tales into something darker and edgier for adults (see TV's Once Upon A Time and Game of Thrones), and this is exactly what you have with The Magician King, Lev Grossman’s sequel to his 2009 bestselling novel, The Magicians. In The Magicians, main character Quentin Coldwater gets accepted into Brakebills, a secret school for magic in upstate New York similar to Hogwarts. (That is, if Hogwarts was college-level and populated by hormonal, jaded, chain-smoking adolescents.) 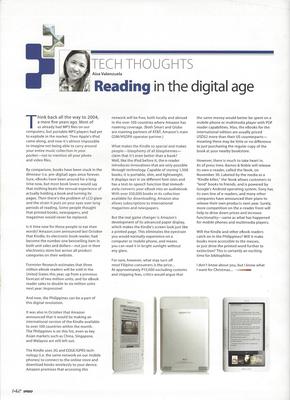 Reading in the digital age

Think back all the way to 2004, a mere five years ago. Most of us already had MP3 files on our computers, but portable MP3 players had yet to explode in the market. Then Apple's iPod came along, and now it's almost impossible to imagine not being able to carry around your entire music collection in your pocket--not to mention all your photo and video files. 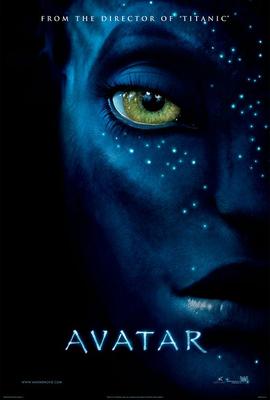 One of the main reasons for the hype around James Cameron's epic sci-fi adventure film Avatar is the director himself. You might even have heard of him; after all, he only directed the biggest and most successful film of all time. But it has been 12 years since Titanic sailed and then sunk on our big screens. What has the erstwhile King of the World been up to since then?

In just a few short years, MP3 players have evolved into multimedia powerhouses, capable of storing not just music, but photos, videos, and anything else they can cram into those compact little bodies. And in that short span of time, they’ve gotten irrevocably integrated into popular culture as well - what model you’re carrying on your daily commute says as much about your personality as the clothes you wear or the shoes on your feet. With this in mind, let’s take a closer look at some of the hottest multimedia players now rolling off the market: 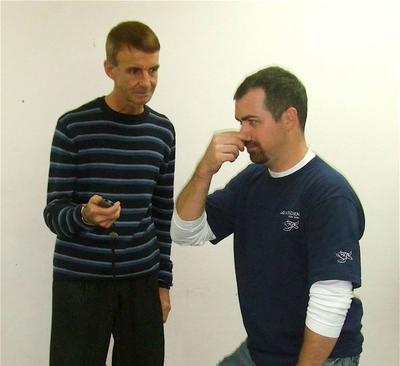 Breathing is something we take for granted. After all, we've known how to do it the minute we were born. Our most fundamental exercise – indeed, what we do the most of each day – gets no thought at all. But consider this: What if we’ve been doing it wrong all along? The Buteyko Method, named after Dr. Konstantin Pavlovich Buteyko, the Russian physician who developed it, is a technique that believes simply breathing correctly is the key to solving a lot of health issues. In the course of his studies, Dr. Buteyko found out that nine out of 10 people actually breathe too much. 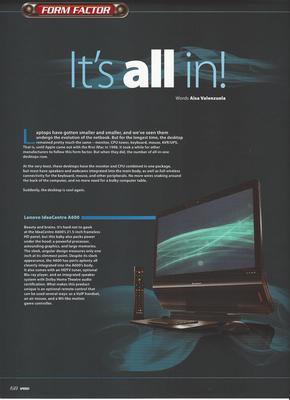 Laptops have gotten smaller and smaller, and we’ve seen them undergo the evolution of the netbook. But for the longest time, the desktop remained pretty much the same – monitor, CPU tower, keyboard, mouse, AVR/UPS. That is, until Apple came out with the first iMac in 1998. But when they did, the number of all-in-one desktops rose. 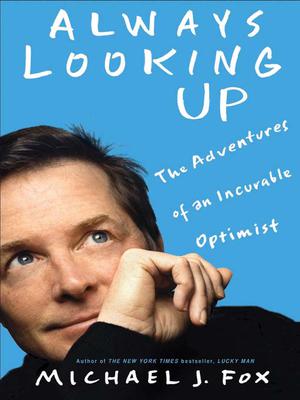 When Michael J. Fox came out with a memoir in 2002 called Lucky Man, the title took many by surprise. In September 1998, Fox had stunned the world with the revelation that he suffered from Parkinson's Disease, a degenerative, neurological condition with no cure. Diagnosed at the age of 30 and at the height of his career, the title Lucky Man for his autobiography seemed particularly ironic. 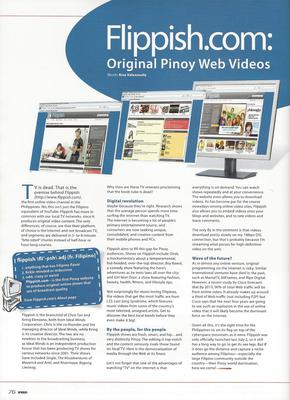 TV is dead. That is the premise behind Flippish (http://www.flippish.com), the first online video channel in the Philippines. No, this isn't just the Philippine equivalent of YouTube; Flippish has more in common with our local TV networks, since it produces original video content. The only differences, of course, are that their platform of choice is the Internet and not broadcast TV.
Load More Articles
Close ✕